As the official “Hi, Speed” tagline for the event suggested, the new iPhone lineup including the iPhone 12 will be 5G compatible.

The smartphone features the first major revamp of the iPhone’s design since 2017. The iPhone 12 comes in a brand new flat aluminum design. 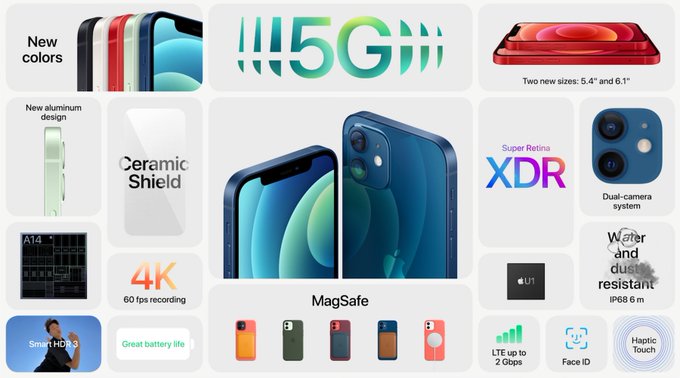 The device is powered by Apple’s new A14 Bionic chip which the tech giant says is 50pc faster than the Snapdragon Chip and 90pc faster than Samsung’s Exynos.

On the front, the phone comes 6.1 inch, Super Retina XDR OLED display with1200 nits, and what Apple says is the toughest Corning Ceramic Shield on a smartphone. At the back the phone hosts a 12MP dual-camera setup housed in a matte glass squircle.

The device is available in 5 colors, black, white, red, green, and blue. 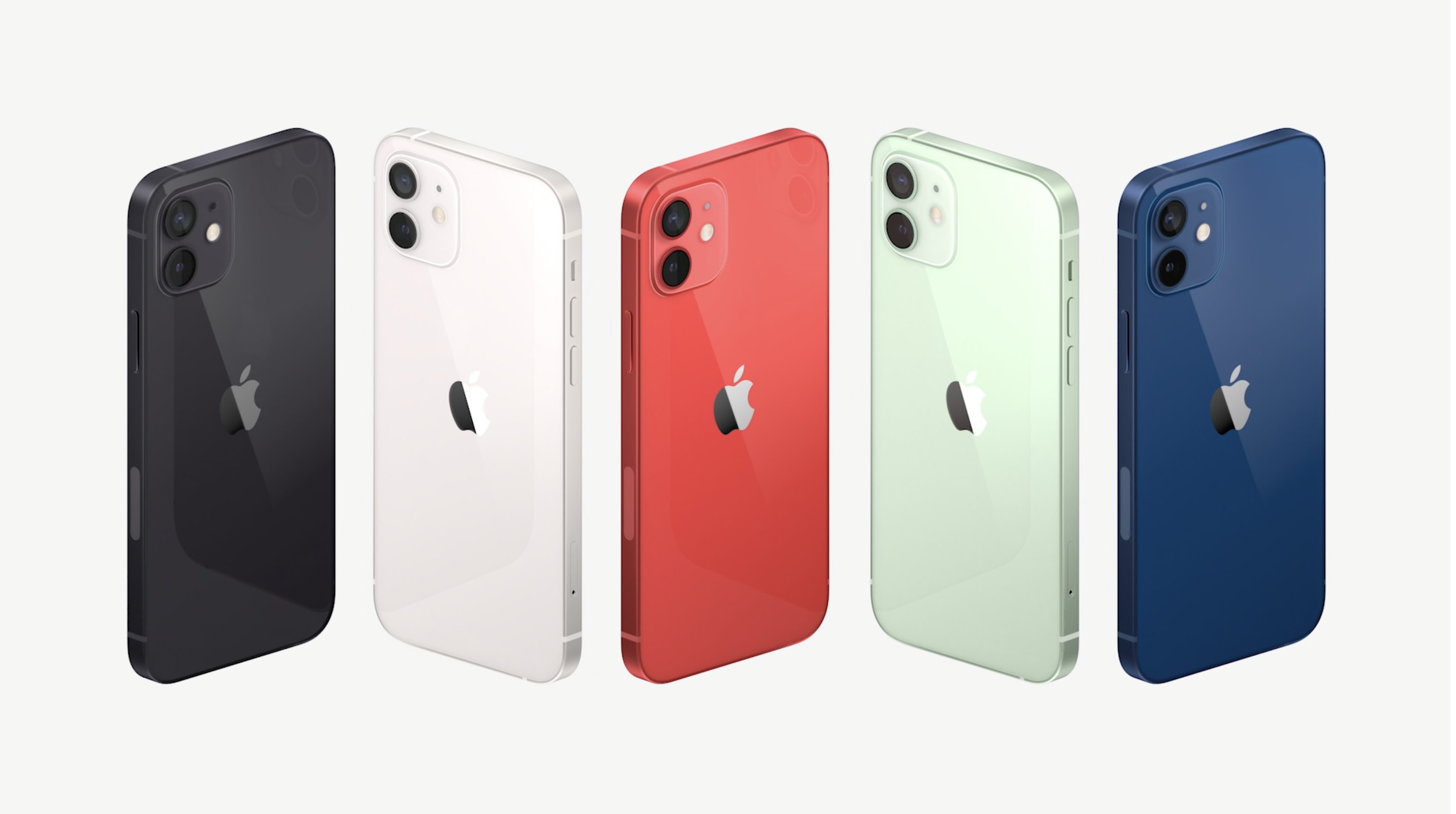 The iPhone 12 mini is a smaller variant of the iPhone 12 coming in with a 5.4″ Super Retina XDR display 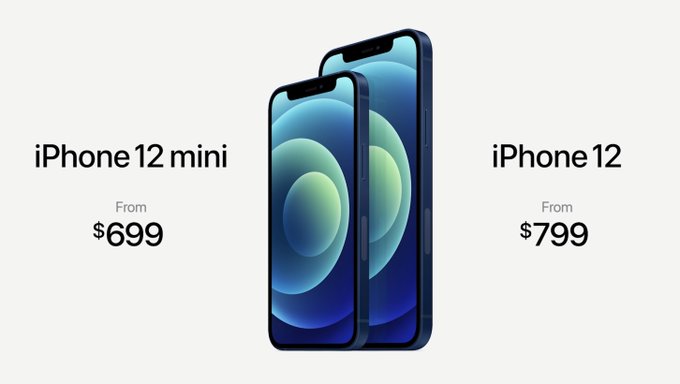