The Galaxy Note 20 Ultra has been the subject of some pretty high profile leaks. Samsung Russia accidentally leaked the device on its website, followed by real-world pictures, and even the S-Pen of the phone got leaked.

What we have today trumps everything as we are now presenting you with a full-length video showcasing the device in real, along with the key features, and how it looks.

The leak is coming from Jimmy is Promo and this is the third time he has leaked something pertaining to the Note 20 Ultra.

Looking at the video, we can tell this is the SM-N986U variant, the same one that passed through FCC recently. The device is running Android 10 on One UI 2.5.

The S-Pen and the speaker location have been moved, but the S-Pen remains the same as the one that comes with the Galaxy Note 10 as they can be interchanged as seen in the video.

The video also shows the massive camera bump on the note 20 ultra that has riled up a lot of people in matters structural integrity. 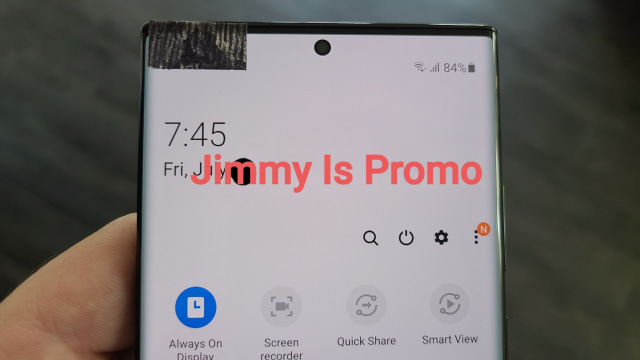 You can also see how the S-Pen can now be used as a pointer in the same video. The bottom and the top of the device remain completely flat.

Samsung is expected to launch the Galaxy Note 20 series, including the Note 20 Ultra, early in August.

WhatsApp Will Let You Hide your Last Seen From Specific Contacts

Google is Working on a Foldable Pixel

How to Upload High Quality Videos and Images to Twitter